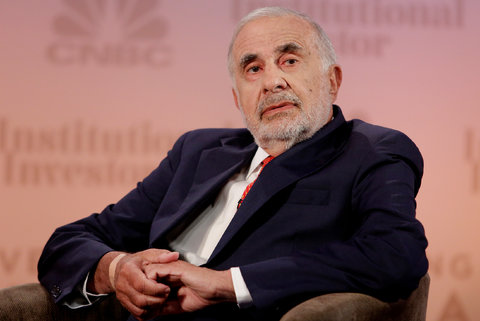 Federal authorities are examining a series of well-timed trades made by the golfer Phil Mickelson and the gambler William T. Walters, people briefed on the investigation said, focusing on trading in two different stocks. The authorities are also questioning what role, if any, the investor Carl C. Icahn may have had in sharing information about one of the stocks: the consumer products company Clorox.

Mr. Mickelson, a three-time winner of the Masters golf tournament and one of the country’s highest-earning athletes, placed his Clorox trade in 2011, the people briefed on the investigation said. Mr. Walters, an owner of golf courses who is often considered the most successful sports bettor in the country, made a similar trade about that time, the people added.

Mr. Icahn, a 78-year-old billionaire and one of the best-known investors in the world, was mounting a takeover bid for Clorox around the time that Mr. Mickelson and Mr. Walters placed their trades.

The F.B.I. and Securities and Exchange Commission, which are leading the inquiry along with federal prosecutors in Manhattan, are examining whether Mr. Icahn leaked details of his Clorox bid to Mr. Walters, the people briefed on the investigation said. One theory, the people said, is that Mr. Walters might have passed that information to Mr. Mickelson.

Around the time of the trading, the S.E.C. sent Mr. Icahn a routine request for information about his dealings in Clorox, the people briefed on the matter said. Federal authorities, whose investigation has dragged on for more than two years without yielding definitive evidence of insider trading, are also examining phone records to see whether Mr. Walters spoke to Mr. Icahn shortly before the trades. Mr. Icahn’s bid for Clorox ultimately failed. Mr. Mickelson, Mr. Walters and Mr. Icahn have not been accused of any wrongdoing. Mr. Icahn, even if he did leak secret information about his firm’s intentions with Clorox, may have done so legally. It would be illegal if he breached a duty of confidentiality to his own investors.

In a separate strand of the investigation, federal authorities are looking into trading in Dean Foods that has no apparent connection to Mr. Icahn, the people briefed on the matter said. Mr. Walters and Mr. Mickelson placed the trades around August 2012, according to the people, just before the food and beverage company announced its quarterly earnings and a public offering of stock for one of its subsidiaries. The authorities are investigating whether Mr. Walters had a source inside the company itself — and whether others who know Mr. Walters may have traded on the information as well.

Mr. Walters, reached on Friday evening, said, “While I don’t have any comment, pal, I’ll talk to you later.”

In an interview, Mr. Icahn said “I don’t give out inside information,” adding that “for 50 years I have had an unblemished record.” Mr. Icahn, who acknowledged knowing Mr. Walters but said he never met or spoke to Mr. Mickelson, argued that any suggestion he did anything wrong is “irresponsible.”

Representatives for Mr. Mickelson did not respond to a request for comment. Federal authorities declined to comment.

For two years, authorities had little to go on besides trading records and a hunch. Then last year, F.B.I. agents approached Mr. Mickelson at Teterboro Airport in New Jersey, one of the people briefed on the matter said, asking the celebrity golfer to discuss his trading.

It is unclear whether Mr. Mickelson knows Mr. Icahn or provided any evidence implicating him or Mr. Walters in the trading. It is possible that the investigations will not produce any charges.

But if the investigation proceeds, it could undermine the reputation of one of America’s most popular athletes in Mr. Mickelson, who has won five major championships over a two-decade career. And for Mr. Icahn, the investigation might complicate one of the longest running and most successful careers on Wall Street.

Mr. Icahn made his foray into finance as a stockbroker in the 1960s. He later became a professional agitator, haranguing the country’s biggest companies to give him a board seat.

Long before activist investing was in vogue, Mr. Icahn was waging war with executives at companies like Motorola, RJR Nabisco and United States Steel, pushing for corporate changes to increase shareholder value. In the 1980s, Mr. Icahn became synonymous with an era of corporate raiding, leading a hostile takeover of Trans World Airlines.

In recent years, his strategy has mellowed some. Mr. Icahn has become something of an elder statesman on Wall Street, often appearing on the CNBC business channel, at investing conferences and even on Twitter, though he continues to pursue headline-grabbing takeover bids for companies like Clorox.

Mr. Icahn laid the groundwork for a Clorox takeover in early 2011, when he disclosed in a regulatory filing that his various investment firms began amassing shares in the consumer goods manufacturer, thinking the stock was undervalued. Shares of Clorox rose about 6 percent in February 2011, after Mr. Icahn disclosed his stake.

The shares jumped again a few months later after he announced an unsolicited takeover bid for the company. In a letter to Clorox, Mr. Icahn proposed buying the company for $76.50 a share and noted that his firms were Clorox’s largest investor.

In the days leading up to Mr. Icahn’s bid, there was unusual trading activity in shares of Clorox and options to buy the stock, according to published reports at the time. Successful options trading that comes ahead of corporate deals can be a red flag for regulators.

The investigation into the Clorox trading began at the Financial Industry Regulatory Authority, or Finra, Wall Street’s self-regulatory group that monitors suspicious trades. In 2011, the people briefed on the matter said, Finra traced a series of well-timed Clorox trades to Mr. Walters and Mr. Mickelson, just as Mr. Icahn was aiming to gain a foothold on the company’s board.

Because the bid failed, it is unclear what inside information, if any, Mr. Icahn may have been privy to other than the trading strategy of his own firm, Icahn Enterprises. If Mr. Icahn provided Mr. Walters a heads-up about his activities in connection with the takeover bid, it is not necessarily a violation. Under the laws that govern insider trading, it is not illegal to leak secret information about a future trade.

For such a leak to be illegal, Mr. Icahn most likely would have had to breach a duty to keep the information confidential. Since Mr. Icahn never joined the Clorox board, he probably owed no duty to the company or its shareholders.

Yet if any potential bidder for Clorox breached a duty of confidentiality to his or her own investors, then that could present a legal problem. And in certain cases, even if there is no duty of confidentiality, a little-known securities rule might prevent someone who is mounting a takeover bid to leak “material, nonpublic information” about the offer.

It is unclear how well acquainted Mr. Icahn and Mr. Walters are, but they have crossed paths in Las Vegas. Mr. Icahn is no stranger to the city. Over the years, Mr. Icahn has invested in Las Vegas real estate and is chairman of Tropicana Entertainment, a casino company based in the city. Regulatory filings also show that a small Nevada company controlled by Mr. Walters and his business partner was an early investor in the mobile data provider Voltari, whose largest shareholders include Mr. Icahn’s investment firms.

Mr. Mickelson and Mr. Walters have participated in the Pebble Beach Pro Am golf tournament during which professional golfers partner with amateurs and celebrities. Mr. Walters won the tournament in 2008.

Mr. Walters, better known as Billy, has drawn federal scrutiny off and on for years. In 1992, he was acquitted of illegal gambling charges. Years later, the Nevada attorney general charged Mr. Walters with money laundering stemming from his gambling operation. The case resulted in three indictments; courts dismissed each one.

Despite the scrutiny, Mr. Walters firmly belongs to the Las Vegas elite, a generous philanthropist who epitomizes the city’s unconventional brand of capitalism. He bought up golf courses — his Bali Hai Golf Club has hosted what it calls the “sexiest golf tournament” in the world, featuring female caddies — and auto dealerships. He also helped finance political campaigns.

But during the segment, Mr. Walters complained that his stock picks had not fared as well as his sports bets. He discussed how the worst “crooks” he met were on Wall Street, not in the casinos or betting parlors, mentioning that the most money he lost was on stocks like Enron.