On December 12, U.S. President Elect Donald Trump took to Twitter to rail against Lockheed Martin for the perceived waste of its next-gen fighter jet program. In his tweet, Trump said:

The F-35 program and cost is out of control. Billions of dollars can and will be saved on military (and other) purchases after January 20th.

News of the tweet consumed CNBC and other news outlets for much of the day, and Lockheed’s stock tumbled in the immediate aftermath of the comments before rallying to close down 2.5% on the day.

Trump’s comments on the program's cost were made within the context of the government spending that his campaign promised to curtail, and as a heavy government supplier, Lockheed was an expected target. In fact, using FactSet’s Supply Chain data we can see that Lockheed receives a whopping 78% of its revenue from the U.S. government.

Given Trump’s predilection to delivering his thoughts d

In debates about whether growth is a percentage point up or down, we too often lose sight of the absolute scale of China’s economy. No matter what rate the country grows at in 2016, its share of the global economy, and of many specific sectors, will be larger than ever. My snapshot of China in 2016? An increasingly diverse, volatile, $11 trillion economy whose performance is becoming more and more difficult to describe as one dimensional.

The reality is that China’s economy is today made up of multiple subeconomies, each more than a trillion dollars in size. Some are booming, some declining. Some are globally competitive, others fit for the scrap heap. How you feel about China depends more than ever on the parts of the economy where you compete. In 2015, selling kit to movie theaters has been great business, selling kit to steel mills less so. In your China, are you dealing with a tiger or a tortoise? Your performance in 2016 will depend on knowing the answer to this question and shapi

Jeffrey Dorfman's recent column in Forbes ("10 Essential Truths Liberals Need to Learn") is not a partisan attack on liberals. It is a clear-cut summary of some basic laws of economics that hold no matter what your political beliefs happen to be. Unfortunately, too many Republicans, Democrats, and bureaucrats are guilty of ignoring these laws. In my experience, it's also true that too many investors fail to understand these fundamental truths. I've only listed the laws here; for an explanation of each be sure to read the whole thing: (HT: Mark Perry)

2) Income inequality does not affect the economy.

3) Low wages are not corporate exploitation.

4) Environmental over-regulation is a regressive tax that falls hardest on the poor.

5) Education is not a public good.

6) High CEO pay is no worse than high pay to athletes or movie stars.

7) Consumer spending is not what drives the economy.

8) When government provides things for free, they 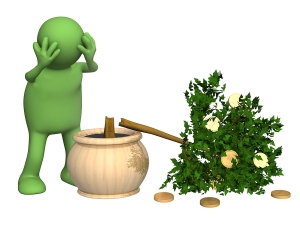 "In an ideal world everyone would generate sufficient savings on their own to help fund their own retirement. However most of the data shows that Americans are simply unable to do this on their own. Nor is the current system of savings consisting of 401(k)s and IRAs doing the job either. The next few generations may now be facing increasingly difficult retirement scenarios. The question is whether instituting real changes now can help save future generations from a similar fate."  Read the full post @ Abnormal Returns

My knee-jerk reactions are several: