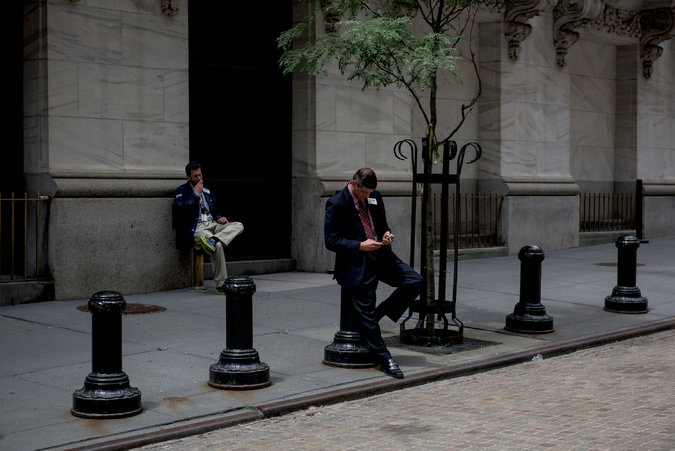 The reaction to C

China’s market downfall has been dramatic and painful for the investors involved. But so far there has been little immediate impact on the rest of the world, because China tightly limits foreign investment in mainland stocks.

China’s stock markets are, for the most part, a mom and pop affair—about 80% of the trading that happens in Shanghai and Shenzhen is done by Chinese individuals. They represent at most 14% of the total Chinese population.

But there’s little doubt the effects of this downturn will be felt globally—it just may take some time. After all, Chinese investors have lost more about $3.4 trillion in equity value from the markets mid-June peak until the July 7 close:

And although the government is supporting state-owned companies in the markets, other companies have seen their market value plummet.

As of July 8, about half of the stocks that traded in Shanghai and Shenzhen have voluntarily halted trading indefinitely—which potentially puts the brakes on everything from co