Robert Epstein, a senior research psychologist at the American Institute for Behavioral Research and Technology in California and the former editor-in-chief of Psychology Today, warns us of a insidious and pervasive new form of mind control: search results.

But surely, Epstein thought, a top search result would have only a small impact on a person’s political choices. Not so! To Epstein’s surprise, in his initial experiment he found that the proportion of people favouring the (bogus, skewed) search engine’s top-ranked candidate increased by more than 48 percent! Also, 75 percent of the subjects in the study were completely unaware that they were viewing biased search rankings.

He conducted several more experiments, including one that involved more than 2,000 people from all 50 US states. In that experiment, the shift in voting preferences induced by the researchers was 37 percent, and as high as 80 percent in some demographic groups.

Epstein was still skeptical. He asked,

Could voting preferences be shifted with real voters in the middle of a real campaign? … In real elections, people are bombarded with multiple sources of information, and they also know a lot about the candidates. It seemed unlikely that a single experience on a search engine would have much impact on their voting preferences.

So off his team went to India. They arrived just before voting began in the largest democratic election in the world, to select the nation’s prime minister. They recruited 2,150 people from 27 of India’s 35 states and territories to participate in their experiment. (To take part, they had to be registered voters who had not yet voted and who were still undecided about how they would vote.)

Again, Epstein predicted that their manipulation of search results would produce only a very small effect, if any – but that’s not what happened. On average, the researchers were able to shift the proportion of people favoring any given candidate by more than 20 percent overall and by more than 60 percent in some demographic groups. In addition, 99.5 percent of participants showed no awareness that they were viewing biased search rankings.

So this was all quite surprising. Says Epstein:

We published a detailed report about our first five experiments … in the prestigious Proceedings of the National Academy of Sciences (PNAS) in August 2015. We had indeed found something important, especially given Google’s dominance over search. Google has a near-monopoly on internet searches in the US, with 83 per cent of Americans specifying Google as the search engine they use most often, according to the Pew Research Center. So if Google favours one candidate in an election, its impact on undecided voters could easily decide the election’s outcome.

But that’s a big “could.” I was skeptical, too. Would Google ever act so nefariously? Aren’t those Silicon Valley guys all live-and-let-die free-market Libertarians? And then I thought again. The presidency of the United States is a big deal. The president may not be all-powerful, but he (or maybe, in the near future, she) is about as close as it comes on this planet. And national elections – whether in this country or any other – have never exactly been squeaky clean. They have always been about big money, and in recent decades they have been about big media. Now, says Epstein, they are also about big data.

So let’s say Google decided that it was in the best interests of all concerned to do whatever it could to help us select our next president. How might it go about it? Says Epstein,

(I)f Google set about to fix an election, it could first dip into its massive database of personal information to identify just those voters who are undecided. Then it could, day after day, send customised rankings favouring one candidate to just those people. One advantage of this approach is that it would make Google’s manipulation extremely difficult for investigators to detect.

But it gets scarier – and a lot more real – when we remember that in the 2012 presidential election, Google and its top execs contributed more than $800,000 to Barack Obama and just $37,000 to Mitt Romney. Meanwhile, have you heard of The Groundwork? That would be the outfit that Quartz describes as “The stealthy, Eric Schmidt-backed startup that’s working to put Hillary Clinton in the White House” – Eric Schmidt being the executive chairman of Google’s parent company, Alphabet.

(Amusing sidebar: Google “the groundwork” and then click on the No. 1 result. That’s right, you get this: 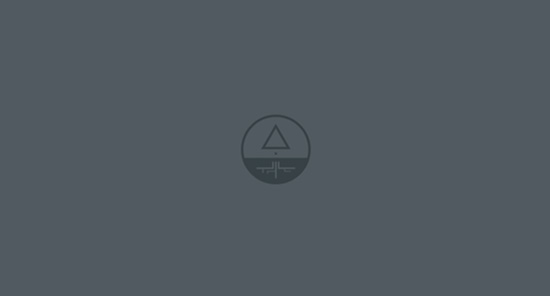 Just one page. No links. Sinister? You betcha.)

There’s more – a lot more – to Epstein’s cautionary tale, so I’ll get out of the way and let him tell it.  See entire PDF format.