In October I pointed out that the Russell 2000 (IWM or $RUT) could be forming a bullish butterfly pattern, having found buyers off of the 20month SMA.  (See here)

While much of the equity market is extended, banks still have room to run and I feel small caps will rip to the upside.  My next target $1300

Conversely VIX below $11 is almost too tempting to pass up.  It's extremely cheap protection............just food for thought. 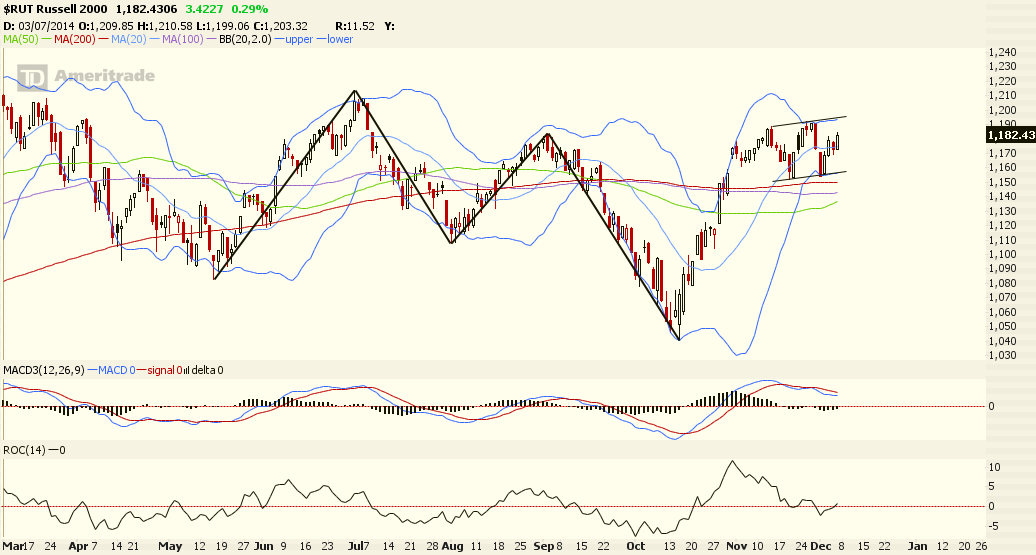 Pardon our dust as this page is undergoing a facelift.  Please report any difficulties you may experience during this phase.  Contact us

You're welcome to add new charts and photos using the "Add" button found at the top/right.